Purpose of Each Sub-Forum

-->
This has been bugging me a while. Anyone care to break down the true purpose of each sub-forum on INTPforum? As an INTP, a brief description of even the obvious ones would really quench my thirst for clarification. 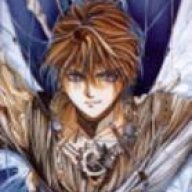 Location
Between the Harz and Carpathians

The best forums like the best food-stuffs grow organically. After the initial pattern is projected they expand or contract according to the dance of the stars.


The above are so obvious to me, and usual as an early party-member, that I can't comment on their use. Ask lor.

Siberia is where members not needing banning go, for a while: they can read everything, but only post there. The Oubliette is where bad threads go.

We see our Germans, when drunk as the devil, know their post, remember the word, and keep to their ranks --- Michel de Montaigne

The whole of modern life is predicated on the curious idea that no one person is any better in any way than another.

-->
The Arena was created for duels and massacres. You can challenge any member. One of the best features of this place, truly.

If all things become natural to man when he gets used to them, the only thing that remains natural is the wish for simple and unchanged things. La Boétie ​ 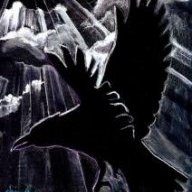 The Lounge
- For topics about the community itself or that don't fit anywhere else.

Psychological
- Threads related to all kinds of psychological topics that are not about MBTI/Typing.

MBTI & Other Typing
- About MBTI, typing and other personality tests.

Science, Faith and Philosophy
- Exactly what it says, put together because they overlap too often.

Pure Science and Technology
- Science-related topics that are more about the "how" instead of the "why".

Human Relationships
- Created to free the INTP-subforum from questions like "How do I get my INTP into a maid dress?". Also, all kinds of family and communication threas.

School, Work and World Affairs
- What it says, includes politics and education as well.

Movies, Theatre, Television
- All kinds of live-action and animated movies and series but also theatre.

Gaming
- About all kinds of games; video games as well as board games.

Poetry, Hand Made & Blogging
- All kinds of stuff made by the members, mostly written.

THE ARENA
- Challenge other forum members to all kinds of stuff. No rules given.

Fun
- Everything what is meant to be fun. Also, forum RPGs.

The Club club
- A collection of various speacial activity threads. No rules given.

Suggestions
- How stuff can be made better.

Crime and Punishment
- About bans and similar stuff.

Siberia
- Our prison. Where the evildoers go.

Oubliette
- Where bad and inappropiate threads go.
"I have watched you. Your ways are patient but unstoppable."

is peeing on the carpet 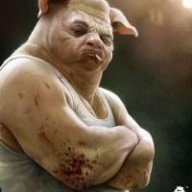 Location
Behind you, kicking you in the ass

So... who are we? - because we don't know
General - for military leaders

Introit - because noobs think we care who they are
The Lounge - because we are all lazy procrastinators
INTP - anagram for PINT
Psychological - for crazy people
MBTI & Other Typing - for understanding crazy people
Science, Faith and Philosophy - doesn't exist, doesn't exist, wonders if it exists
Pure Science and Technology - wicked cool stuff
Human Relationships - what is things we know nothing about, Alex?
School, Work and World Affairs - kids, drones and masochists

Post your Voice - for mumbling incoherently
Poetry, Hand Made & Blogging - don't know yet
THE ARENA - don't make me kill you
Fun - so we can act like jerks and get away with it
The Club club - deep down we all want to belong
Dragon's Lair - do not enter

Introit - because noobs think we care who they are
Click to expand...

IB, do you live inside Anthile only emerging when Anthile does something right? I'm really not complaining. I'm hoping...

Because it's hilariously funny.

is peeing on the carpet

Location
Behind you, kicking you in the ass 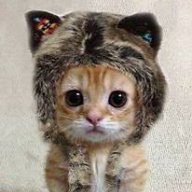 But I just have to -

The purpose of each subforum is to provide a place for members to post threads more or less pertaining to the subject matter suggested by each title.

Being disinclined toward telling anyone what precisely to do with their imagination, I'll leave interpretation of titles up to you.

Besides, posting things in the wrong place gives us something to do as mods. Not that anyone ever does, except the illustrious XIII when attempting to ruffle feathers. Eh... and FacetiousPersona never could quite grasp that joke threads belonged in Fun, or The Arena should they be personal challenges to torment and violence.

Any day you have a grievance with my tone and wish to pursue the matter... I shall Meet you in The Arena!!!

Traveller, there are no roads. Roads are made by traveling. spanish proverb.
​
Wisdom tells me I am nothing. Love tells me I am everything. Between the two, my life flows. Nisargadatta Maharaj.

Damnit, you tricked me!

This isn't an announcement... it's a suggestion! A suggestion that someone inform you of something... so, clearly it shouldn't be confused with anything... and patently belongs in "Suggestions"...

which, for those that can understand the unspoken... also means "feedback and questions".

Sheesh. Polish up your Intuition, Cobra!

Most work I've done in months!

Traveller, there are no roads. Roads are made by traveling. spanish proverb.
​
Wisdom tells me I am nothing. Love tells me I am everything. Between the two, my life flows. Nisargadatta Maharaj.

-->
Hahahaha. Even changed the sub-forum name! MAN! You love me.

It's always been called that.

Traveller, there are no roads. Roads are made by traveling. spanish proverb.
​
Wisdom tells me I am nothing. Love tells me I am everything. Between the two, my life flows. Nisargadatta Maharaj.
You must log in or register to reply here.
Share:
Share
Top Bottom