What movies are you looking forward to? 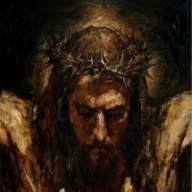 Old Things said:
I think the way you make this film a success is to make it NOT about plastic people. If there's some metaphysical or otherworldly quality to the movie, it might make for a decent film. But my presupposition at this point is that it's a cash grab to boost barbie sales and create a sort of contagion that we saw in the 80s with Cabbage Patch Kids. If that is all it is... I think it will bomb.
Click to expand...

Despite the title, it's being written by two award-winning indie writers/directors, so yes I'd expect it to be more nuanced and complex.

(Have you ever heard of or seen some of these films:
- The Squid & The Whale
- Marriage Story
- Ladybird
- Frances Ha
- Fantastic Mr. Fox
- The Life Aquatic with Steve Zissou
- Little Women)

So yes, it's confusing. They're not the people who I would expect to be making this film if it is simply a cash grab.
TBH, there's probably more chance for it to "bomb" because it won't be a shitty cash grab film and the studio will mis-market the film.

But hey, there's always "The Apple Dumpling Gang" as an alternative viewing selection...
Click to expand...

Seems like I am simultaneously giving the makers of the film too little credit and the general public too much credit. Ha!

-->
Apple Dumpling Gang just doesn't cut it.
People don't really speak to you, they speak to their image of you.
You must log in or register to reply here.
Share:
Share
Top Bottom