How Much Does Space Weigh? 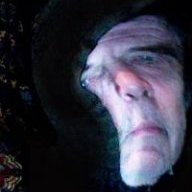 So vacuum is an ideal state, so that the space of Outer Space is only relatively a vacuum. So space has a range of density from the heavy space near black holes to the space between galaxies at the fringes of the universe. So how much does all of that light-filled space weigh?
"What Hobbes is worried about is absurdity. Only human beings can embrace an absurdity, because only human beings have language, and philosophers are more susceptible to it than others" 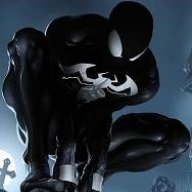 Nothing. It's in space.
With great power comes great responsibility.

A range from 0.1–1000 atoms/cm^3,
want to play it safe, the interstellar medium I would say is 1 atom/cm^3, now you just to figure out how much 'space' you want to measure and you'll have some sort of weight. The weight usually from hydrogen atoms.
INTPs, sitting in the backseat, watching the all singing all dancing crap of the world.
sometimes it's better to be lost in thought then speak your mouth 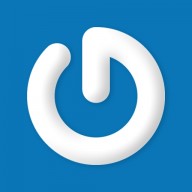 Proletar said:
Nothing. It's in space.
Click to expand...

Technically it's mass, not weight. 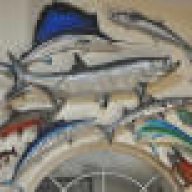 Da Blob said:
So how much does all of that light-filled space weigh?
Click to expand... 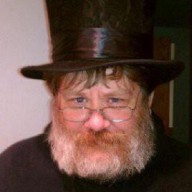 Weight is meaningless in space because you have to have a reference force vector as a point of comparison - your weight near a black hole will be considerably higher (by several orders of magnitude) than your weight on earth, and the weight of your feet will be far greater than the weight of your head (usually leading to rapid spaghetification).

You can talk about density, which is an indication of the mass of a particle per unit area. Density of particles in the solar system is fairly high - hundreds of atoms per cubic centimeter, mostly due to the stellar wind. In interstellar space, that number drops to perhaps 10s of atoms per cubit meter. In intergalactic space, the number is probably only one or two atoms per cubic kilometer. When you get to the voids, it's conjectured that you may be looking at handfuls of particles per light year. The voids are very, very empty.

However, even that's not a clean answer, because space itself has vacuum energy - because Planck's constant is not quite zero, there is a small probability that at any given point a particle may be brought into existence due to the energy of the vacuum. Thus, while the density of an arbitrary region in space may be close to zero, it will never be at zeron.

Location
That madhouse planet in the Milky Way

gravity is an energetic field that affects mass. Weight is a measure that reflects the effects of gravity on mass. Without knowing what mass is where, and what gravity is where, this question makes no sense - unless you assume that the universe is infinite, in which case mass and gravity are for all intents and purposes infinite, in which case the mass of the universe is infinite.

The thing is though (and the purpose of the previous paragraph), is that you're talking about space, not mass. Space is not mass, and is therefore not affected by gravity. Hence, the measure of weight does not apply to space, and so the answer is either nothing, or "does not apply", depending on your point of reference.
luvuevery1

It's more complicated than that folks, here are the components

* particle/anti particle creation/destruction occurring at the Planck length. If the region happens to have an intense gravitational field across it (say it's at the edge of a black hole) then the particle pair creation will get ripped apart and the particles (or anti-particles) will count in the mass.

** Does a spacetime region with curvature (gravitational field) have mass? I should know this, table it for now - too early.

skip said:
I don't see emotions as something that need to be controlled, they're just information.
Click to expand...

Starjots said:
Because I think the Singularity is much more interesting than the Rapture.
Click to expand...

NinjaSurfer said:
I don't really care to act against my nature anymore.
Click to expand...

Marvin Minsky said:
I probably wouldn't go skydiving anyhow because my time is too valuable.
Click to expand...

E404 said:
Sometimes the hardest part is knowing what I actually want and allowing myself to want it...
Click to expand... 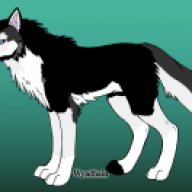 Location
Far away from All This

How much space? Outer space? The space between mass? There are particles roaming around out there - the occasional hydrogen or carbon atom... but your question is too broad. I'd say that every stray hydrogen atom in "outer space" all added together would equal about 100kg, but I have no evidence. It's just a hypothesis. However, as @Architect said, there's also time, quantum foam and the stuff we don't know about.

SW
"Everything is self-evident." – René Descartes

"I've been wrestling with reality for 35 years, and I'm happy to state I finally won out over it." – Elwood P. Dowd, Harvey

Answering the question "Does space have mass" requires that we know what space is. Unfortunately, that's a complicated question. And, presently, (pardon the pun), this question is actually quite important in physics. 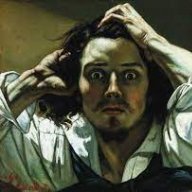 There is space between two objects, space like time is a relationship. Two objects occupy different positions. Space is a relational concept, it isn't anywhere, not an entity. Ex: you are in Berlin, I am in Chicago. That is where we stand in the universe, just a relationship in a container called the universe.
"State planning is extremely old, its free enterprise that is the new." Statism need not be the philosophy of the future when there is an increasing number of dedicated people fighting for freedom. 6 Billion people on earth, free them all.

(Per) Version of a truth.

Space weighs nothing. Now the things filling space up, well, that's another story.
Fuck God. He isn't a good enough scapegoat for me.​
You must log in or register to reply here.
Top Bottom